» What to do in Pattaya?

What to do in Pattaya?

There is not only Diving in Pattaya there is so much more, in the book “99 Things to do in Pattaya” you get 99 fun things to do in Pattaya.
Pattaya is a place of everlasting bliss at least many people think so.  It used to be a small fishing village up to 1960s but now it is  one of the leading tourist attractions in Thailand, two hours from Bangkok and one from Thailand’s National Airport.

First The Americans made boom in Pattaya, after them , the British and Scandinavians took over and later Germans, French and Swiss came. Russians are the last who came and they made a real invasion. They are the fastest growing inhabitants in Pattaya now. Many bars offer Russian cuisine , shops have Russian names, even City Hall is offering free Russian language lessons. Pattaya had influence on Arabs and Indians tourist, but not for a long time and they keep for themselves.

After the big flood in Bangkok and North Thailand many Thai people bought flats and houses in Pattaya, so it is no wonder if they start calling Pattaya home in the future,.

Pattaya has tropical climate with seasons worm and dry, hot and humid, hot and rainy, but it changed , just like anywhere in the World.
Pattaya also has many exclusive places ranged with 5 stars, like many 5 star hotels, hospitals, international bars, restaurants and one Shopping Center. The government is doing there best to make Pattaya number one place for there visitors, will they succeed the time will tell. The property market in Pattaya is growing ever year ,some would say to fast too much. 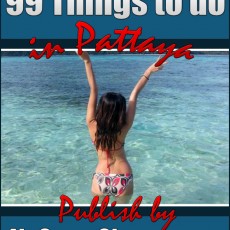